I am beginning to let go of the horrors of the last few weeks and think about summer. I picked up 2 books for me today: Pegasus by Danielle Steelle and Mary Kay Andrew's Fixer Upper.  Luke and I are definitely "doing" school this summer and continuing it ALL next year.  I will NEVER trust his education to anyone else again. We started off good this year, but then I got too comfortable.

Emotionally immature, rude, and boy doesn't give a crap about my kid....
#worstkindergartenteacherever
Hangs up on me during a phone call, my kid says she hates him, and he hates school...meanwhile in other classes in other schools real behavior problems are throwing desks and cussing out their teachers.  Oh wait, that's happened to me. Join the real world princess kids aren't perfect. They are human.

thats how many days of school we have until summer.  A lot of stuff to wrap up between now and then.  I totally can't believe luke is 6 and Aaron is 41.  It has been a good weekend lots of sleep, rest and fun so far.  We needed that.  Luke goes on his last kindergarten field trip Friday to diamond D.  I hope he has fun.  School hasn't been too great lately.  Not great when your kid says he thinks his teacher thinks he is stupid:( I tried but I guess I was wrong in choosing Her.

It's time to write it down...6 years later

We both woke up on Tuesday, April 14, 2009 and were so nervous and excited. We were even late to the hospital. Our check in time was 7 and we got there at 7:15. The first thing I did when I got there was change into a hospital gown and wipe everything in the rooms mad the bathroom down with Lysol wipes!!! I tried to unpack a little and put my big pillow and monkey stuffed animal in the bed. When the doctor came in to check on me I was so nervous I was shaking. Soon after the nurse started me on an Iv to start contractions. Now I couldn't get out of bed for the rest of the day.  By 9:00 contractions started.  At first they weren't that intense and I didn't think that I  would need a epidural.
The only thing I was allowed to eat or drink all day was ice chips and boy did I eat a lot of them!! Aaron learned that code fast.  By about noon I changed my mind about the epidural because the contractions were coming so fast and were so intense I was shaking. Believe it or not I asked to go home?!?!  By one I had the epidural and could rest a little in between contractions.  The medicine they were giving me made them come fast and hard, but the epidural slowed them down a bit.  At 5 it was time to push.  I have never wanted to do anything more than push my baby out.  I would push, rest, push, rest, push, cry...Finally the doctor came in and said that Luke's head had too much bruising on it and was turned to the side.  If she had known sooner she could have used a vacuum but it was too late :(  I had to have an emergence csection.  The nurses began to prep me for surgery.  I had to have rapid fluids and a catheter inserted.  The nurses couldn't get the catheter in because Luke's head was so low.  So my wonderful doctor had to come in and do it by first pushing in back into the birth canal. Next I wheeled into surgery where the epidural was replaced with a spinal. The doctor used a little too much though and I missed the beginning of surgery.  When they realized I couldn't anything they backed off the spinal and then I could feel way too much!!! But then I heard this baby cry, 9:29 pm. My baby...and it was all a blur.  Everybody but me could see him and touch him and he was wheeled away with Aaron to the nursery.  It took awhile to stitch me up because I was a mess inside.  Around 11:00 we all made it back to our room and although I was shaking horribly we were altogether in the same place.  After some meds to make me stop shaking I could finally hold my beautiful baby, Luke.  And all was right with the world.  It was worth it. Still is. Always will be.

We made it.  9 days to rest, play, and read. Catch up on homework and cleaning. Unfortunately some added stress was brought home last night. Hopefully, with prayers all is resolved soon. It would awesome to actually enjoy this break :)

it finally isn't a battle. A BOB book every night. Help with some words, smooth sailing through others. He's on his way.  I have a reader!!!

i seriously feel so alone sometimes.  Like I am in this for luke and I alone.  The stranger in the other room wears the shell of the man I married.
Older Posts Home
Subscribe to: Posts (Atom) 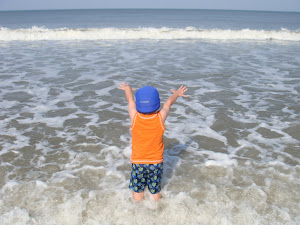 N.C.
Jacksonville, FL, United States
I am a mother, wife, friend, and teacher.